Climate change is a serious global problem, requiring a global movement of people to solve it (for more on this, see Speaking Up For Climate Action). This page includes a selection of our videos and multimedia that support a growing global climate movement - bringing science, art, clean energy, justice and people together with the movements of change needed to create long-lasting solutions.
Between September 20 - 27th, 2019 over 7 million people came together in solidarity for a week of escalating strikes for climate action, demanding climate justice and ambitious action NOW to secure a safe climate future as part of the Global Climate Strike. These strikes took place in over 6000 places and 185 countries around the world, making it the largest mobilization for climate action in history! This video profiles the incredible strike in Waterloo Region, Canada, standing up united in the fight for climate justice and a #SafeClimateFuture.
On March 15th, 2019 over 1.6 million people - mostly young people and youth - came together in solidarity for a global strike for climate action, demanding ambitious action on climate change NOW to secure a safe climate future. These strikes took place in over 2000 places and 125 countries around the world, making it one of the largest strikes for climate action in history! This video profiles the voices of youth from Waterloo Region, Canada, standing up to fight for a #SafeClimateFuture.
On November 29, 2019, hundreds of people across Waterloo Region gathered once again for a powerful climate strike, with a beautiful round dance in solidarity with Indigenous struggles for self-determination hosted by Idle No More, and led by the Big Drum and Blue Sky Singers. This was followed by a panel discussion on Canada's responsibilities to climate justice in the lead-up to the COP25 UN climate negotiations happening in Madrid, filmed and edited by our team.
Jan 15, 2019 talk by Ontario's Environmental Commissioner Dr. Dianne Saxe, who spoke to our Kitchener community about the urgency of the climate crisis; changes that are right now happening in Ontario, Canada; and what we can each do to step up, get involved and take more ambitious action. Dianne's central message was that each of us has an important role to play, including the deep need to better make our voices heard, speaking up for environmental action across all levels of our society. Our team was involved in editing the final video.
Produced for leading international climate organization 350.org, A New Kind of Climate Movement profiles strong, diverse voices from multiple leaders in the climate movement, made in the lead-up to the Jobs, Justice, Climate March in Toronto, Canada on July 5th, 2015. The video also explores coalition-building and a broad vision for a more just, climate safe future while encouraging others to join. For more information visit JobsJusticeClimate.ca (editor: Kai RW, summer 2015)
The Burning Age is an educational video produced for Dr. Peter Carter, expert reviewer with the Intergovernmental Panel on Climate Change (IPCC), introducing the basic concept of climate change, its urgency, and the exciting opportunity of a far safer clean energy future. This video was showcased at the world's largest geophysical science conference, the American Geophysical Union (AGU) in Fall 2016. (editor / narrator: Kai RW, animator: Abhilasha Dewan, October 2015)

This unique collection profiles designs we've made to promote smart action on climate, climate mobilization and a clean energy future. 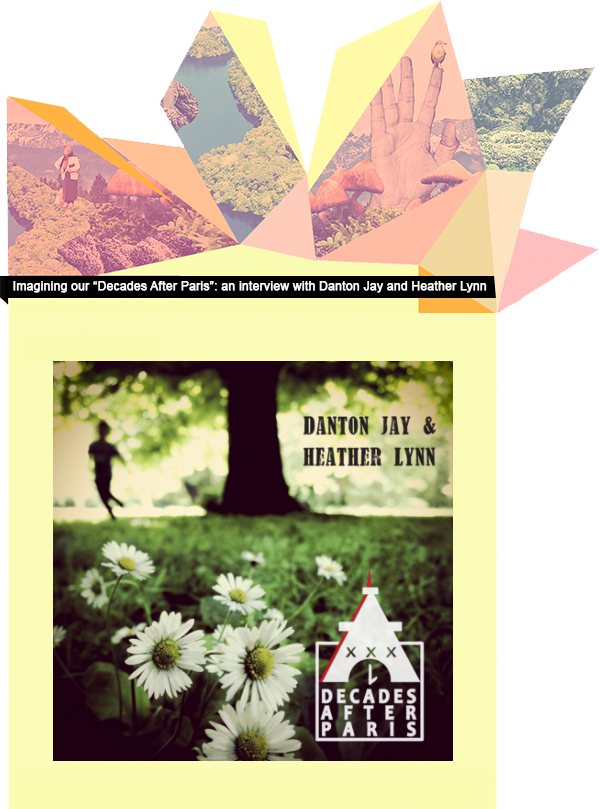 A short interview piece with the musical duo Heather and Danton on their latest album Decades After Paris, for the climate art collective Swarm.
All work © original artists, Better Creative and clients (where appropriate) 2017
We encourage sharing this work to grow social awareness, and inspire smart action on climate.
*Clients / artists credited separately for each art piece / video